Saturday, August 31st , 8-10pm | $10
Creative Process is celebrating creative black boys. Inspired by the Tyler The Creator track “A Boy Is a Gun”, these artists are “So Muthuf**kin’ Dangerous” with sounds that hit right in your chest. Creative Process Presents: A Boy is Gun. Curated by Uncommon Ground’s Curatorial Research Intern Sierra Hill. 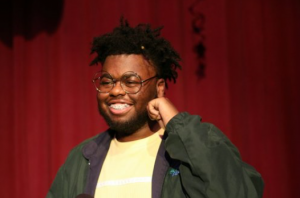 Leo Mantra, rapper, singer, song-writer from the great city of Chicago. Creativity, music in particular, has been the driving force in his life since childhood. His junior year of high school brought about his first recorded song that he was proud enough of to release publicly. Since then, he’s only been getting more skilled and more determined. His influences can be summed up as a melting pot of genres from Billy Joel & QUEEN to Kid Cudi & Kanye. Ever-evolving, tinkering, and developing his sound, Mantra is on a fast track to success. 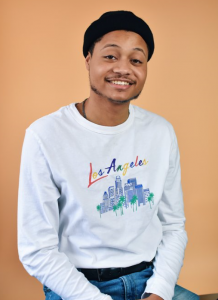 Chicago born and raised, singer and song writer Kendall Oliver is nothing short of Unique. An ambitious Columbia University Advertising student and active performer (previously in The “Elbow Room”, Amfm, Refugee lounge, and many more) Kendall is breaking new boundaries and pushing himself to become the best musician he can be. Writing since his childhood, Kendall owes his love for music from his family piano and giving show-topping performances at local talent shows. With dance moves comparable to Michael Jackson and a voice that caught the attention of many, everyone could see his potential to stardom. This self-taught piano player and songwriter cultivated his latest project “Rapping about Rapping” where he details his experiences of being a budding artist in today’s generation. It is available now on Itunes, Spotify, and Tidal. 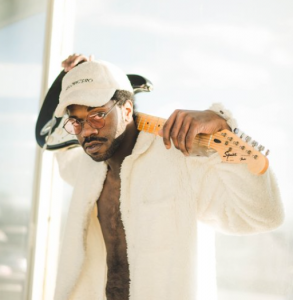 LyriQ The Misfit Is a West side, Chicago Native. Pushing the boundaries of not only his music but the thinking process of his audience. All of his music is based on self-discovery in relation to things around him.