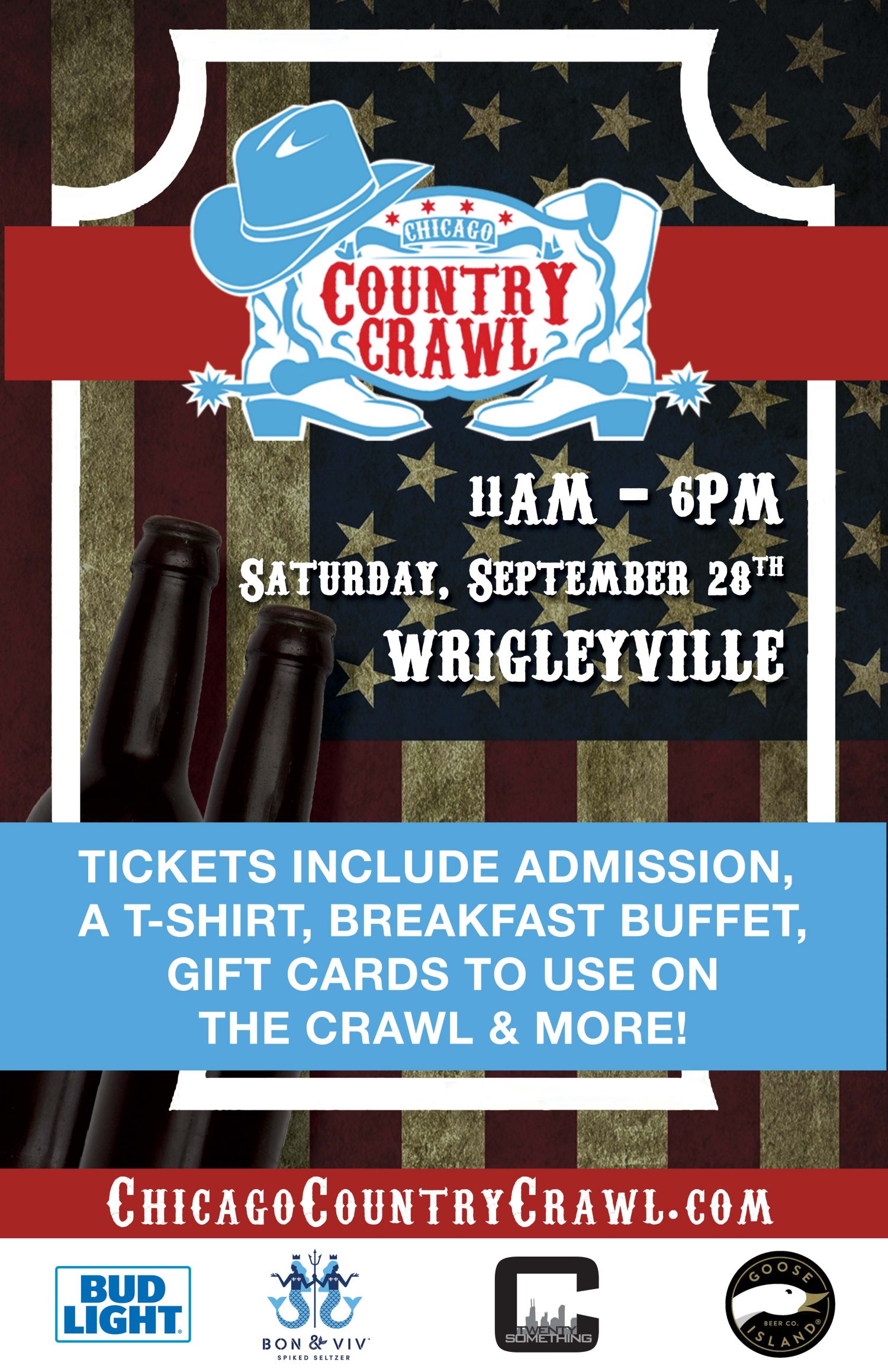 Throw on your cowboy boots & daisy dukes for the Chicago Country Crawl in Wrigleyville! Whether you’re a country fan or not, this All-American event is not to be missed!

WHAT’S INCLUDED: Tickets include Admission, an Official Crawl T-shirt, Breakfast Buffet, Gift Cards To Use On The Crawl, Giveaways & MORE!

WHY: ‘MURICA! That a good enough reason?

WRISTBANDS: You MUST wear your wristband during the crawl!