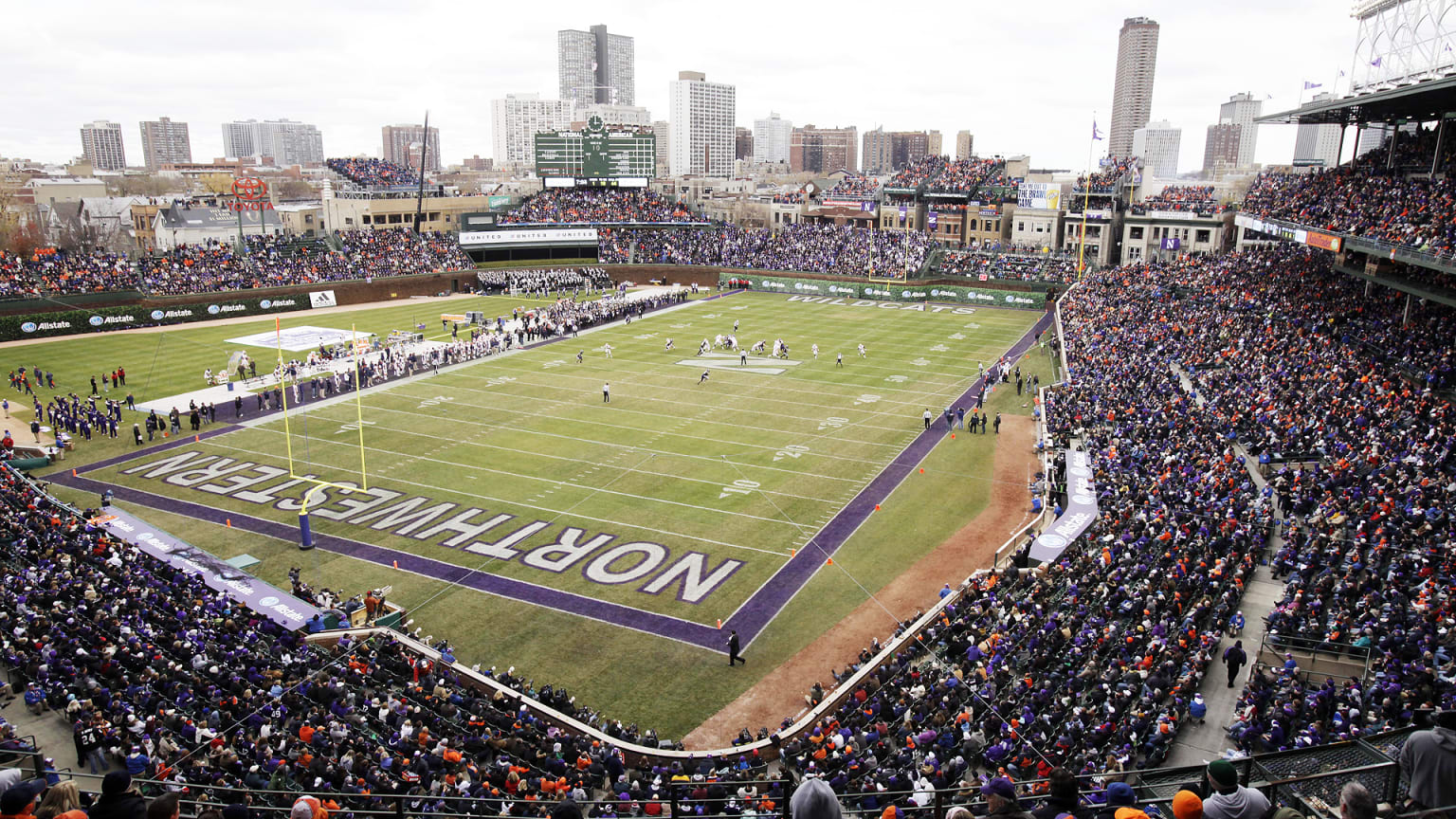 Chicago’s Big Ten Team returns to the Friendly Confines for the first time since November 20, 2010, when Northwestern hosted the first college football game in the venue since 1938. ESPN College GameDay originated its broadcast from the corner of Clark & Addison, with the historic Wrigley Field marquee —painted purple — serving as the backdrop. The ballpark also was the home of the NFL’s Chicago Bears from 1921 to 1970, a partnership that began when the team was still the Chicago Staleys and the field was called Cubs Park.

In 2013, Northwestern and the Cubs signed an innovative event and marketing partnership that promised five future football games and a variety of other Wildcats competitions at the historic ballpark. Shortly after the agreement was struck, Wildcats lacrosse defeated USC inside the Friendly Confines, and Northwestern baseball blanked Michigan behind a nine-strikeout, three-hit complete game by future Cubs hurler and current big leaguer Luke Farrell.

Northwestern was scheduled to play Wisconsin at Wrigley Field in November 2020, but that matchup was contested at Ryan Field due to the myriad challenges presented by the COVID-19 pandemic.

Northwestern football won the Big Ten West Division title for the second time in three seasons in 2020 and capped the campaign by beating Auburn in the 2021 VRBO Citrus Bowl. It was the Wildcats fourth consecutive bowl win and propelled the program to a No. 10 ranking in the final Associated Press Top-25 Poll, its highest ranking in the final poll since the 1995 season.